Aimee Liu on Blog Tour for Glorious Boy, May 12-June 12 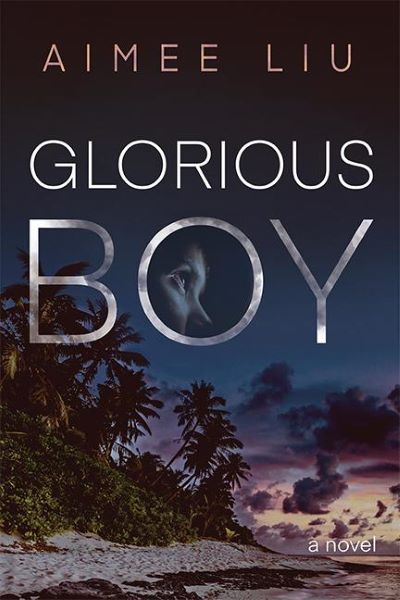 On a remote island in British India, a mute four-year-old and the local girl who cares for him disappear on the eve of Japanese occupation, forcing the boy’s parents, a young anthropologist and her physician husband, to take drastic measures to save the children.

It’s 1942. The Japanese have invaded Burma and are closing in on India. After five years in the remote Andaman Islands, aspiring anthropologist Claire Durant and her husband Shep, a civil surgeon, must evacuate with their beloved but mysteriously mute four-year-old, Ty. They cannot, however, take Naila, the local girl whose ability to communicate with Ty has made them dangerously dependent on her. The morning of the evacuation, both children disappear. With time running out, Shep forces Claire onto the ship while he stays behind to find their son. But just days after landing in Calcutta, Claire learns that the Japanese have taken the Andamans—and cut off all access to her missing family. In the desperate odyssey that follows, Claire, Shep, and Naila will all take unimaginable risks while drawing deeply from their knowledge of these unique islands to save their beloved “glorious boy.”

“With nuanced descriptions of diverse characters, and a wrenching portrait of the well-meaning Durants’ limited power, Liu upends the clichés of the white savior narrative…[a] sharp take on a lesser-known part of WWII history.” — Publishers Weekly

“This fascinating novel examines the many dimensions of war, from the tragedy of loss to the unexpected relationships formed during conflict. The Andamans are a lush and unusual setting, a sacred home to all kinds of cultures and people, and Liu’s (Flash House, 2003) prose is masterful. A good choice for book groups and for readers who are unafraid to be swept away.” — Booklist, starred review

“A novel about family, communication, and colonialism in a rarely discussed sphere of World War II conflict.” —Kirkus Reviews

“An absolutely gorgeous historical novel about ambition, culture clash, love, atonement, and one silent boy, set against the backdrop of a tribe in the Andamans struggling with British rule. So blisteringly alive, you feel the swampy heat and the bugs; so emotionally true, it grips at every page. Just magnificent and not to be missed.” —Caroline Leavitt, New York Times bestselling author of Pictures of You and Cruel Beautiful World

“In Glorious Boy, Aimee Liu tears a forgotten footnote from the history books and brings it to life in an epic tale of a family caught in a clash of cultures and loyalties during World War II. Set in a penal colony on the remote Andaman Islands, Glorious Boy is the whirlwind story of vanishing cultures, unbreakable codes, rebellion, occupation, and colonization, all swirling around the disappearance of a mute four-year-old boy on the eve of the Japanese occupation of Port Blair. A stirring indictment of the brutality that humanity is capable of, Liu’s heartbreaking new novel of love, betrayal, and sacrifice is also a testament to how far we will go for the ones we love.” —Rahna Reiko Rizzuto, author of Shadow Child and Hiroshima in the Morning

“No doubt Aimee Liu’s ambitious novel, Glorious Boy, will be praised, deservedly, as historical fiction, an adventure novel, even a ripping yarn, but the heart of this book is what it means to be a mother. Liu’s sympathetic and complicated protagonist, Claire Durant, finds herself challenged when it comes to connecting with her atypical son, and the book asks us all to consider whose responsibility it is to be better with and to other human beings, especially those with whom we’re most intimate. How do we learn what isn’t instinct? How do we protect ourselves and others from our own best intentions? With a generous and exacting eye, Liu explores these questions and more, and we, lucky readers, get to go along for the ride.” —Karen Shepard, author of Kiss Me Someone 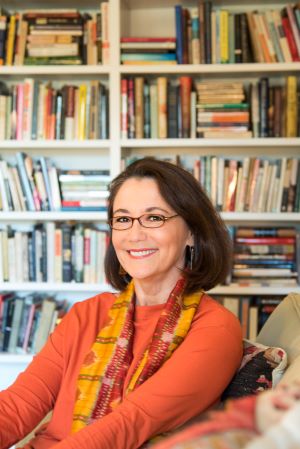 Aimee Liu is the bestselling author of the novels Flash House, Cloud Mountain, and Face and the memoirs Gaining: The Truth About Life After Eating Disorders and Solitaire. Her books have been translated into more than a dozen languages, published as a Literary Guild Super Release, and serialized in Good Housekeeping. She’s received a Barnes & Noble Discover Great New Writers Award, a Bosque Fiction Prize, and special mention by the Pushcart Prize. Her essays have appeared in the Los Angeles Review of Books, the Los Angeles Times, Poets & Writers, and many other periodicals and anthologies. A past president of the national literary organization PEN Center USA, she holds an MFA in Creative Writing from Bennington College and is on the faculty of Goddard College’s MFA in Creative Writing Program at Port Townsend, WA. She lives in Los Angeles.