Please join author Donna Thorland on her blog tour with HF Virtual Book Tours for Mistress Firebrand, from April 6-May 8. British Occupied Manhattan, 1777. American actress Jenny Leighton has been packing the John Street Theater with her witty comedies, but she longs to escape the provincial circuit for the glamour of the London stage. When the playwright General John Burgoyne visits the city, fresh from a recent success in the capitol, she seizes the opportunity to court his patronage. But her plan is foiled by British intelligence officer Severin Devere.

Severin’s mission is to keep the pleasure-loving general focused on the war effort…and away from pretty young actresses. But the tables are turned when Severin himself can’t resist Jenny Leighton…

Months later, Jenny has abandoned her dreams of stage glory and begun writing seditious plays for the Rebels under the pen name “Cornelia,” ridiculing “Gentleman Johnny” Burgoyne and his army—and undermining the crown’s campaign to take Albany. With Jenny’s name now on the hanging list, Severin is ordered to find her—and deliver her to certain death. Soon, the two are launched on a desperate journey through the wilderness, toward an uncertain future shaped by the revolution—and their passion for each other…

Titles in the Renegades of the American Revolution Series 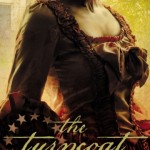 Book One: The Turncoat 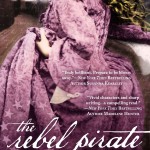 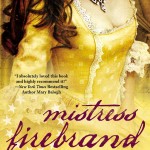 A native of Bergenfield, New Jersey, Donna graduated from Yale with a degree in Classics and Art History. For many years she managed architecture and interpretation at the Peabody Essex Museum in Salem, and wrote and directed the Witch City’s most popular Halloween theater festival, Eerie Events. She later earned an MFA in film production from the USC School of Cinematic Arts. Donna has been a sorority house mother, a Disney/ABC Television Writing Fellow, a WGA Writer’s Access Project Honoree, and a writer on the ABC primetime drama, Cupid. Her screenwriting credits include episodes of the animated series, Tron: Uprising. Her short fiction has appeared in Alfred Hitchcock’s Mystery Magazine and Albedo One. The director of several award-winning short films, her most recent project, The Night Caller, aired on WNET Channel 13 and was featured on Ain’t It Cool News. Currently she is a writer on the WGN drama SALEM. She is married with one cat and divides her time between the real Salem and Los Angeles.

Monday, April 6
Excerpt at What Is That Book About
Excerpt & Giveaway at Peeking Between the Pages

Sunday, April 12
Review at With Her Nose Stuck in a Book

Tuesday, April 14
Spotlight, Excerpt, & Giveaway at Passages to the Past

Friday, April 17
Spotlight at I’d So Rather Be Reading

Saturday, April 18
Excerpt & Giveaway at A Dream Within a Dream

Sunday, May 3
Spotlight at Forever Ashley

Monday, May 4
Review at A Chick Who Reads
Guest Post & Giveaway at To Read, or Not to Read

Tuesday, May 5
Excerpt at CelticLady’s Reviews

Wednesday, May 6
Review at Unabridged Chick

Thursday, May 7
Spotlight at A Literary Vacation

Friday, May 8
Interview at Scandalous Woman