Tamera Alexander on Blog Tour for Colors of Truth, July 7-21

Colors of Truth
by Tamera Alexander

Based on the real history of Carnton, an antebellum home that served as a Confederate hospital, Colors of Truth follows the journey of an Irish immigrant arriving in a country where her kind isn’t wanted, and of a former Federal soldier returning to the scene of a battle that almost destroyed him.

In 1866 Catriona O’Toole arrives in the town of Franklin, Tennessee, searching for her younger brother, Ryan, who, according to his last letter, was headed for Franklin only days before the catastrophic Battle of Franklin. Ryan’s last note contained a stack of cash—enough money to bring his entire family across the ocean from Ireland. But after disease and illness tear through County Antrim and the O’Toole family, only Catriona and her seven-year old sister Nora are left to make the journey.

Wade Cunningham, one of ten operatives in the newly formed United States Secret Service Agency, is on the hunt for counterfeiters. A tip leads him to Franklin and to Carnton, the home of wealthy Tennessean John McGavock. The recent murder of a fellow agent mandates that Wade keep his true identity hidden, as well as his past service in the Federal Army. But when he receives a note bearing only the name of the deceased agent, he realizes someone in town already knows who he really is.

As evidence in the case mounts, it eventually points to Catriona, but Wade is slow to want to believe it. Because his heart is swiftly becoming hers. However, Catriona’s sole focus is to find her brother and to provide a home and safety for her sister. In doing that, she somehow finds herself part of a burial committee for the over two thousand Confederate soldiers who were hastily buried in a field following the Battle of Franklin—and her deepest fear is that Ryan’s body is among those shallow graves. 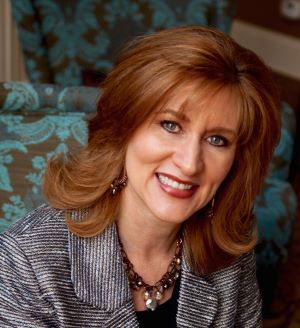 One of today’s most popular writers of inspirational historical romance, Tamera Alexander writes novels that USA Today calls “a full on HIT!” (about A Lasting Impression) and Publisher’s Weekly describes her writing as “so vivid, one can almost hear the music resonating off of the page” (about A Note Yet Unsung). Tamera is an author and inspirational speaker whose novels have garnered or been short-listed for numerous awards, including the Christy Award for Excellence in Christian Fiction, the RITA Award, the Carol Award, Bookseller’s Best Award, National Reader’s Choice Award, Library Journal’s Top Christian Fiction, the Gayle Wilson Award of Excellence, the Golden Quill Award, and the HOLT Medallion, among others. Her books have been translated into Dutch, German, Polish, Romanian, Slovakian, and Portuguese.

Tamera enjoys living in Nashville, Tennessee with her husband, not far from the Southern mansions that serve as the backdrop for many of her critically-acclaimed novels.

Thursday, July 9
Review at Passages to the Past

Friday, July 10
Review at The Lit Bitch
Review at View from the Birdhouse

Saturday, July 11
Feature at What Is That Book About

Wednesday, July 15
Review at Proverbial Reads
Review at A Chick Who Reads

Monday, July 20
Review at A Darn Good Read
Review at Impressions In Ink
Interview at Jorie Loves A Story