Camille Booker on Blog Tour for What If You Fly?, June 20-July 8 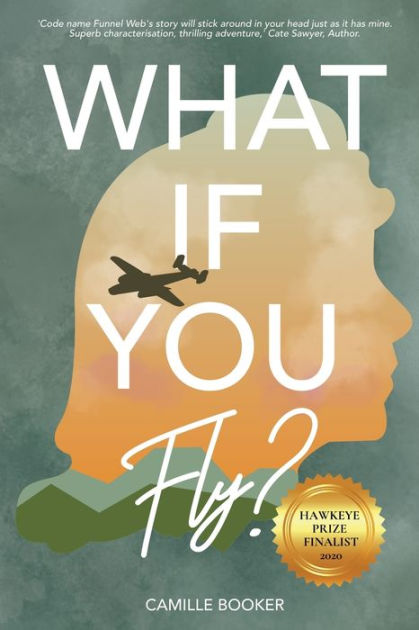 What If You Fly?
by Camille Booker

For Frances Davies the war is far away, and she and best friend Maggie are more concerned with how to spend their time once they graduate high school. That is, until Frances’s older brother, Thomas, is reported MIA in Singapore.

When Frances meets Leo, a boat-loving immigrant from Italy, she falls in love. Local attitudes and something more sinister tear them apart. To what lengths will Frances go to find her brother and the man she loves?

Home beckons…and those who betrayed her true love should pay attention.

A page-turning epic historical adventure that starts in Australia and travels the world through the eyes of Frances, code named Funnel Web.

“Finally, we have a story where the male is captured and the female is the hero. Booker skilfully describes the challenges posed during the 1940’s era in Australia by covering racism, immigration, sexism, power and political and economic instability. Pulsating with twists and adventure, this book is just too exciting-a clever interpretation of life back in the 1940s with of course, a wonderful and unapologetic creative exploration.” -Peta Carolan, @UnfoldedEdges

“A page turner. What If You Fly? follows the story of adventure-bound Frances Davies as she travels the world, discovers her callings and talents, and navigates the complex social and political terrain of World War II. Clear, engaging prose with compelling characters” -Associate Professor Shady Cosgrove

“This is a book that will live on within readers long after they’ve read it. Strong characterisation, vivid locations. If ever a book deserved the moniker of ‘epic’, it’s What If You Fly?” -Cate Sawyer, Author

“Some books you just read, this one swallowed me up and kept me turning the pages. It was so good I had to read it in one sitting. Five stars” -Patricia Hammond, Reviewer

“Set during World War II, Camille Booker’s rollicking, fast-paced debut novel is an unusual bildungsroman: the engaging protagonist Frances grows from a teenager in love to a fighter pilot, chanteuse, and spy. This is a story of love, betrayal, strength, and survival under pressure.” -Kim Magowan, Author

“Intriguing from the beginning, and at times had me on the edge of my seat waiting to see what would happen next. Once I started, I couldn’t wait to see how the author was going to wrap up this amazing story; I finished the novel in one sitting and went to bed that night still thinking about Frances and her adventures.” -Darci Robbins, Reviewer 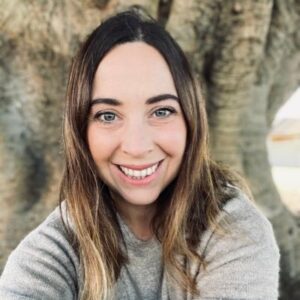 Camille Booker has a Bachelor of Creative Arts majoring in Creative Writing through the University of Wollongong, where she lives with her husband, young son and baby daughter.What If You Fly? was long-listed for the 2019 Lucy Cavendish Fiction Prize. Finessing her manuscript using the feedback from that prize, Camille went on to place second in the 2020 Hawkeye Publishing Manuscript Development Prize, and What If You Fly? was later signed for publication. As the saying goes, If opportunity doesn’t knock, build a door.Camille has always loved words and language, so her interest in writing fiction was a natural progression. She hopes this book will give readers a deeper understanding of the roles of women in wartime Australia, the power to rethink their idea of a woman’s place, and the courage to follow their inner voice.