A brutal Viking raid heralds the dawn of a new, powerful dynasty – the House of Normandy
Neustria, Kingdom of the West Franks
AD 890

Fourteen-year-old Poppa’s life changes when Northmen land near Bayeux. Count Bérengar, her father, submits to them, and she is handfasted to Hrólfr, the Northmen’s heathen leader, as part of their agreement.

To her relief, Hrólfr leaves immediately in search of further conquest, only returning to claim her years later. In the face of retaliating Franks, they flee to East Anglia, where she gives birth to their son and daughter.

When Hrólfr and Poppa return to reclaim Bayeux, his new campaign strikes at the heart of Frankish power, and King Charles of the West Franks offers him a pact he cannot refuse. In exchange for vast tracts of land in Neustria, Hrólfr must convert to Christianity and accept marriage to Gisela, the king’s illegitimate daughter.

Poppa’s world shatters. She remains in Bayeux, with her daughter, Adela. When Gisela arrives one day, demanding she hand over Adela, to be raised in Rouen, Poppa’s patience is at an end. But Gisela makes for a dangerous enemy, and only one woman will survive their confrontation high up on the cliffs.

Will Poppa live to witness the dawn of a new era?

ASCENT is the first in a new series about the early women of the House of Normandy – women whose stories have been forgotten through time.

Readers of Viking and medieval fiction will enjoy ASCENT, a fictional account of the life of Poppa of Bayeux, handfasted wife of Rollo the Viking.

Ascent is on sale for eBook for only $.99 across all Amazon platforms! 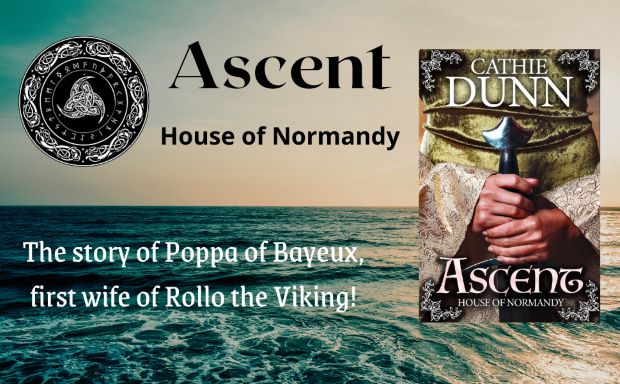 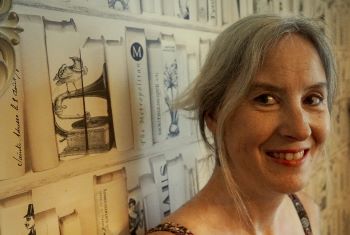 Cathie has been writing for over twenty years. She studied Creative Writing, with a focus on novel writing, which she teaches in the south of France. She loves researching for her novels, delving into history books, and visiting castles and historic sites.

At the moment, Cathie is working on two novels: Treachery, #2 in the House of Normandy series, about Sprota the Breton, handfasted wife of William Longsword, the son of Poppa and Rollo; and The Alchemist’s Daughter, #2 in the Affair of the Poisons series. She also continues to plot a medieval murder mystery series set in 13th century Languedoc at the height of the Cathar persecutions.

Cathie’s stories have garnered awards and praise from reviewers and readers for their authentic description of the past.

Cathie is a member of the Historical Novel Society and the Alliance of Independent Authors, and she organises historical fiction blog tours for The Coffee Pot Book Club.

After many years in Scotland, Cathie now lives in south of France with her husband, and rescued Charlie Cat and Ellie Dog.

Tuesday, January 17
Passages to the Past

Thursday, January 19
Reading is My Remedy

Enter to win a signed copy of Ascent by Cathie Dunn!

The giveaway is open internationally and ends on January 20th. You must be 18 or older to enter.