Ed Protzel on Blog Tour for Something in Madness, March 1-12

Something in Madness
by Ed Protzel

Appomattox ended the war with a penstroke…but the struggle for freedom had only begun.

1865. After the Civil War, Durksen Hurst and three black friends return home to a devastated Mississippi, the sole survivors of a Union colored cavalry regiment. But instead of peace, they find unregenerate Confederates who reject emancipation still in charge.

Undeterred, Durk opens a law practice to help disenfranchised freedmen only to be threatened by powerful planters and nightriders. A black school is burned; a petition march to Jackson is terrorized. And when one of his friends goes missing, Durk is horrified to discover Black Codes being used to force freedmen into brutal servitude. Clever Durk schemes to liberate them but must contend with armed ruffians and a rigged court system. Will fire and bullets prevail?

In this concluding chapter of Ed Protzel’s DarkHorse Trilogy, Something in Madness illuminates Reconstruction, the least understood epoch in American history, exposing the origin of America’s ongoing racial divide.

“…an engrossing story not just for historical fiction readers, but for anyone who would better understand the roots of modern racism… Something in Madness stands out as a powerful saga of ongoing strife.”
– D. Donovan, Donovan Literary Service; Senior Reviewer, Midwest Book Review

“Despite the dark forces at work in Something in Madness, it is ultimately a tale of hope and determination against seemingly insurmountable odds. It is also a timely tale for these troubled times in our divided nation.”
– Terry Baker Mulligan, author of Sugar Hill & Afterlife in Harlem

“Something in Madness has a wonderfully unique voice and chromatic characterization for all of its characters which really brings the story off the page.” – Literary Titan ☆☆☆☆☆ 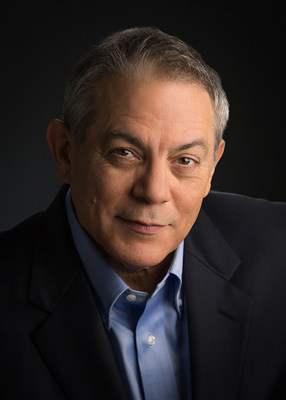 Former screenwriter Ed Protzel is the author of four imaginative novels. His Southern historical/drama/thriller DarkHorse Trilogy—The Lies That Bind, Honor Among Outcasts, and Something in Madness—centers on the friendship between an abolitionist schemer and a group of former slaves. Ed’s sci-fi suspense thriller, The Antiquities Dealer, is about the puzzling plot by a secret society to clone Jesus Christ. Ed is a graduate of the University of Missouri-St. Louis with an M.A. in English literature/creative writing.