Shelly Stratton on Blog Tour for She Wears the Mask, August 17-31

She Wears the Mask
by Shelly Stratton

No one can ever really know what lies behind the mask . . .

Gripping and moving, She Wears the Mask is a novel about two women from two very different worlds, both burdened with secrets from their pasts, who form an unexpected bond…

1950s Chicago: Angelique Bixby could be one of many fresh-faced sales girls working along the Magnificent Mile, but she’s unique. She’s a white woman married to a black man in 1950s Chicago, making her stand out among the tenements on the South Side where she lives. Despite the challenges the couple faces, they find comfort and strength in their love for one another. Angelique is content, as long as she has her Daniel by her side and their baby in her arms, until she loses them both—one to death and the other to dire circumstances.

1990s Washington, D.C.: Angelique Crofton is a woman of privilege. A rich, aging beauty and mother of a rising political star, she has learned to forget her tragic past. But now that she is facing her own mortality, she is finally ready to find the daughter she left behind, remember the young woman she once was, and unearth the bittersweet memories she had long ago buried.

Jasmine Stanley is an ambitious lawyer—the only black woman at her firm. She is too busy climbing the corporate ladder to deal with her troublesome family or their unresolved issues. Tasked with Angelique’s case, Jasmine doesn’t know what to make of her new client—an old debutante with seemingly too much time and money on her hands. Jasmine eagerly accepts the challenge though, hoping if she finds Angelique’s long-lost daughter, it will impress the firm’s partners. But she doesn’t count on the search challenging her mentally and emotionally. Nor does she expect to form a friendship with Angelique, who is much more like her than she realizes—because Jasmine is harboring secrets, too. 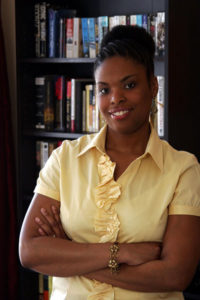 As long as she could remember, Shelly Stratton (who also writes under the penname Shelly Ellis) has wanted to be an author. In college, she studied journalism and started out as a crime reporter for a small local newspaper. Now she is an editor at a trade journal.

She became an author when she was selected as one of four finalists in the BET Books First-Time Writers Contest when she was 19 years old. The prize was having her first short-story romance published in an anthology.

Since then, she has authored ten books and has been nominated for various awards, including a NAACP Image Award® in the Literary Fiction Category, an African American Literary Award in the romance category, and a RT Reviewers’ Choice Award.

Shelly lives in Maryland with her husband and their daughter. She loves to paint, read, and watch movies.

Tuesday, August 18
Feature at I’m All About Books

Wednesday, August 26
Feature at Reading is My Remedy

Thursday, August 27
Review at Passages to the Past

Friday, August 28
Guest Post at History from a Woman’s Perspective