Does time heal all wounds? Or do some last forever?

Pennsylvania, 1971: Graham Davidson is a young man with survivor’s guilt after the death of three siblings.

Estranged from his father and seeking a direction in his life, Graham learns about vision quests from a Crow Indian. He secures seasonal employment in Yellowstone National Park and embarks on a spiritual journey.

Wyoming Territory, 1871: Under a full moon at a sacred thermal area, Graham finds himself in Yellowstone a century earlier – one year before it was established as a national park. He joins the Hayden Expedition which was commissioned to explore the region.

Although a military escort provides protection for the explorers, the cavalry’s notorious lieutenant threatens Graham. His perilous journey through the future park is marred by a horrific tragedy in a geyser basin, a grizzly bear attack, and an encounter with hostile Blackfeet Indians.

Graham falls in love with Makawee, a beautiful Crow woman who serves as a guide. As the expedition nears its conclusion, Graham is faced with an agonizing decision.

Does he stay in the previous century with the woman he loves or travel back to the future?

If you like the historical time travel adventure of Outlander or enjoyed the movie Dances with Wolves, then you’ll love Burning Ground!

“When I finish a genuinely great read, it leaves me with a sense of melancholy because the adventure the author took me on through his work is now over, and I’m left wanting more. Burning Ground is exactly that sort of book. After Graham is set upon his course by his mentor Redfield, the rest of the novel is a page-turner; the action is nearly non-stop, and the situations which arise are entirely realistic and believable. Galloway’s descriptions of late 19th century frontier life are vivid and detailed. It is clear that authenticity was an important goal, and Galloway hit the mark in descriptions of equipment, clothing, firearms, and other hardware. I felt as if I were there with the protagonist Graham, and when I turned the last page I was indeed filled with melancholy, proof of an excellent novel.” – Brian R. Smith, Author of Samworth Books, A Descriptive Bibliography of the Small Arms Technical Publishing Co.

“I thoroughly enjoyed the story! I was amazed at the depth of Galloway’s research, which extended far beyond the Hayden survey. The details on so many things the protagonist Graham experienced in Yellowstone all ring true. I especially liked the presentation of Henry Elliott, William H. Jackson, and Thomas Moran. Each person was presented in an unvarnished manner that was quite believable. Overall, the characterization of Lieutenant Doane is painfully accurate. The author captured the spirit of a man who felt entitled and was egotistical.” ~ Kim Allen Scott, author of Yellowstone Denied: The Life of Gustavus Cheyney Doane 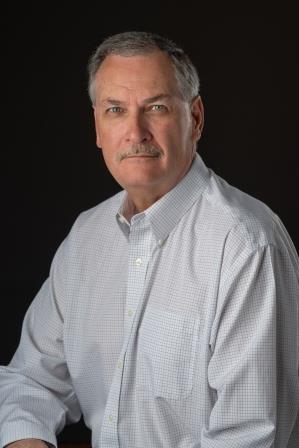 David Galloway grew up in rural Pennsylvania near Gettysburg. After a long career in the paper industry and writing a bestselling non-fiction book, Safety WALK Safety TALK, he decided to follow a once dormant dream of writing a novel. Burning Ground was inspired by two memorable summers of his youth.

As a teen, David worked on a fruit farm in Pennsylvania. It is here he met Redfield, a Crow Indian who lived a simple life but had a profound effect on the way David saw the world.

As a young man, he spent a summer in Yellowstone National Park, providing guided boat tours on Yellowstone Lake. When he was not on duty, David explored all corners of that magnificent land, often in the backcountry. His love for our nation’s first national park is rooted in these experiences.

He enjoys reading about adventurers and explorers, traveling internationally, riding a recumbent tandem bike, and spending time with his grandsons.

David lives in Springboro, Ohio with his wife Leesa.

Tuesday, July 6
Review at Passages to the Past

Saturday, July 10
Review at Reading is My Remedy

Thursday, July 15
Guest Post at Passages to the Past

The giveaway is open to US residents only and ends on August 6th. You must be 18 or older to enter. 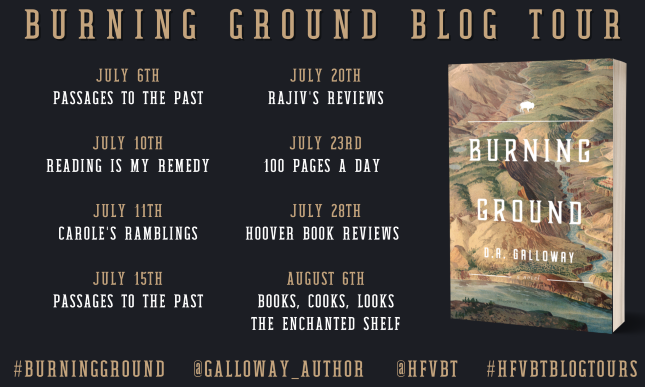 One response to “D.A. Galloway on Blog Tour for Burning Ground, July 6-August 6”