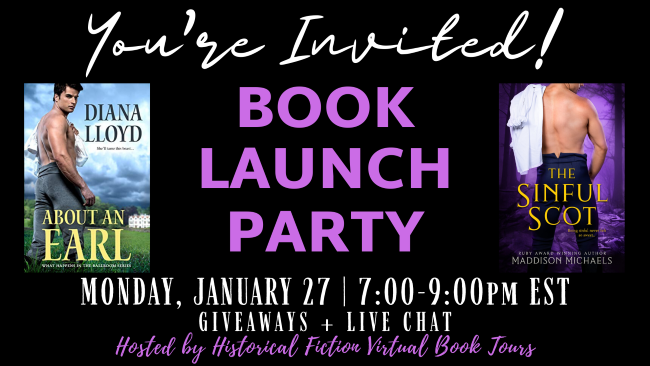 Join Authors Diana Lloyd and Maddison Michaels on January 27th from 7-9pm EST to celebrate the release of their new Historical Romance novels!

The party will take place HERE on Facebook. Chat with the authors & win awesome prizes!

About an Earl
by Diana Lloyd

An outsider at her first English ball, Jewel is fascinated with the beautiful dresses and the lovely dancing, but she’s vowed to save the Earl of Winchcombe from her cousin’s marriage trap. When she first glimpses the handsome lord, her heart beats faster. As they plan to thwart her cousin’s machinations, she discovers a kindred spirit in Oliver—even if he’s a peer and she’s a lowly colonist. Caught kissing the earl, the ball ends in disaster and Jewel’s displeased uncle whisks her away to Scotland..

Lord Scar, as the ton calls Oliver, would rather be anywhere than at a godforsaken masquerade ball and when he learns from the free-spirited colonist about the nefarious marriage plan, he grudgingly accepts her help. Jewel intrigues him and sets his heart racing. Yet, when the ball is over and the mask is off–Oliver curses the scar that will send her screaming away.

When her uncle banishes her, Oliver comes to her rescue by offering Jewel his hand in marriage. She agrees, despite his disfigurement. But what’s a beastly lord like him to do with such a beautiful wife–especially when he discovers she’s delightfully saucy?

Diana Lloyd, mother of gingers, lives in the state shaped like a mitten. Diana has loved books since she first ate one and appreciated them even more once she learned to read. Enjoying an occasional tumble down the rabbit hole of research, Diana writes historical romance by mixing equal parts History, Heart, and Humor. A 2017 RWA Golden Heart finalist with HOW TO TRAIN YOUR BARON, Diana is anxiously awaiting the publication of book two ABOUT AN EARL and book three LAST LORD STANDING in the “What Happens in the Ballroom” series. 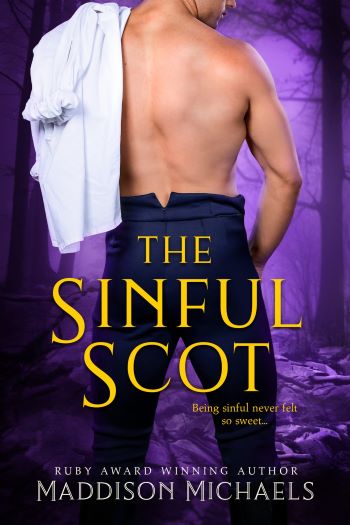 The Sinful Scot
by Maddison Michaels

Being so sinful never felt so sweet…

Constance Campbell, the Duchess of Kilmaine, once believed that all she needed in life was a duke. But everything unraveled when she realized her perfect husband was a perfect monster. Now broken beyond repair, she hides her misery behind a perfect Society mask…even from her childhood friend, Alec.

Dr. Alec McGuiness reluctantly finds himself back in Scotland, and checking up on the only woman to ever get under his skin, Connie. After she spurned him many years ago, he knows his humble life as a doctor could never be enough for her. But when the Duke of Kilmaine is murdered in cold blood, with Connie sleeping right next to him in bed, Alec knows he must protect Connie at all costs from those who would frame her for the duke’s murder.

Now on the run, Connie feels a freedom she only ever dreamed about before, and an unexpected attraction to the man who is keeping her safe. But even if they can win her freedom and clear her name, could she ever open her heart up to someone again? 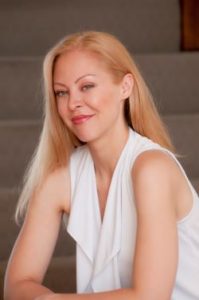 Indoctrinated into a world of dashing rogues and feisty heroines when she was a teenager and picked up her first ever Amanda Quick novel, Maddison Michaels has been a prolific reader and writer of historical romance ever since. She is the bestselling author of THE DEVILISH DUKE (which won the 2019 RWA Australia Historical Romantic Book of the Year), THE ELUSIVE EARL, THE MISTLETOE MISTRESS, and the soon to be released THE SINFUL SCOT.

Maddison’s historical novels are her way of time traveling back to Victorian London to experience a cornucopia of intrigue, romance and debauchery all from the comfort of her living room! She lives in Sydney, Australia with her own very handsome hero, beautiful daughter and two fur babies.