Two young immigrant women. One historic strike. And the fire that changed America.

In 1909, shy sixteen-year-old Rosie Lehrer is sent to New York City to earn money for her family’s emigration from Russia. She will, but she also longs to make her mark on the world before her parents arrive and marry her to a suitable Jewish man. Could she somehow become one of the passionate and articulate “fiery girls” of her garment workers’ union?

Maria Cirrito, spoiled and confident, lands at Ellis Island a few weeks later. She’s supposed to spend four years earning American wages then return home to Italy with her new-found wealth to make her family’s lives better. But the boy she loves has promised, with only a little coaxing, to follow her to America and marry her. So she plans to stay forever. With him.

Rosie and Maria meet and become friends during the “Uprising of the 20,000” garment workers’ strike, and they’re working together at the Triangle Waist Company on March 25, 1911 when a discarded cigarette sets the factory ablaze. 146 people die that day, and even those who survive will be changed forever.

Carefully researched and full of historic detail, “Fiery Girls” is a novel of hope: for a better life, for turning tragedy into progress, and for becoming who you’re meant to be. 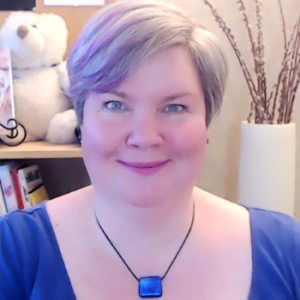 Heather is a natural 1200 wpm speed reader and the author of twenty-one self-published novels. She came to writing after careers as a software developer and elementary school computer teacher and can’t imagine ever leaving it. In her spare time, she reads, swims, walks, lifts weights, crochets, changes her hair colour, and plays drums and clarinet. Generally not all at once.

Thursday, March 18
With A Book In Our Hands

Thursday, March 25
What Is That Book About

Tuesday, March 30
A Chick Who Reads

Wednesday, March 31
Reading is My Remedy

Tuesday, April 6
Passages to the Past

During the Blog Tour, we are giving away a $20 Amazon Gift Card!

The giveaway is open internationally and ends on April 9th. You must be 18 or older to enter. 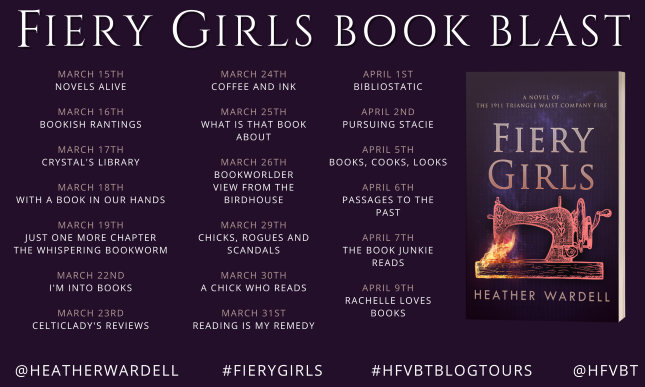