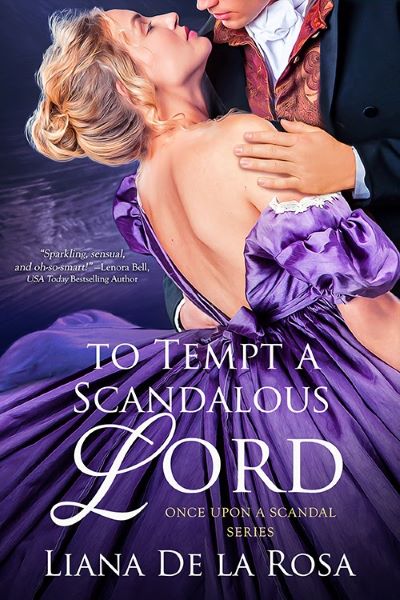 Series: Once Upon A Scandal, Book 4
Genre: Historical Romance

Alicia Lindsay, the dowager Countess Lindsay, has spent her life under the dominion of men– leered at yes, but ultimately silenced and cast aside. But widowhood has granted her the freedom to voice her critiques against injustices in articles that have enraptured the nation. Resolved to bring about political change, Alicia’s investigation of the newest party candidates leads her to the captivating, hardheaded Lord Inverray. She’s unprepared when he proves to be not only charming but chivalrous when a slight wardrobe malfunction–with all eyes of the ton upon them–forces her to accept his proposal. Now she’s keeping a huge secret from her soon-to-be-husband.

Niall Campbell, Marquess of Inverray, has spent years finding support for numerous legislations to help his fellow Scots. Now poised to grasp the party leadership, his success has been threatened by anonymous articles critiquing his campaign. Niall vows to find the author and silence them, no matter the cost. But when he finds himself engaged to an alluring widow with a sharp tongue, his plans get derailed in more ways than one…

Once Upon A Scandal Series

*Each book can be read as a standalone. 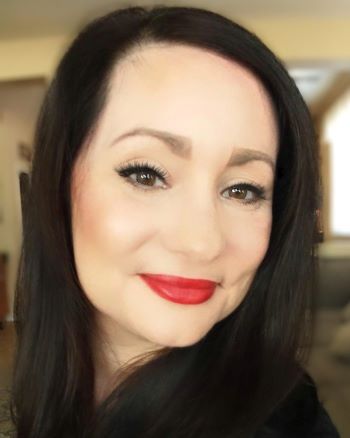 Liana De la Rosa is a historical romance writer whose stories are set in the Late Regency and Victorian periods. Liana has an English degree from the University of Arizona. When she’s not writing books featuring unexpected characters, witty heroes, and intrepid heroines, Liana is reading fanfiction and pretending she’s a domestic goddess while she wrangles her rambunctious brood of small children with her patient husband in Arizona. 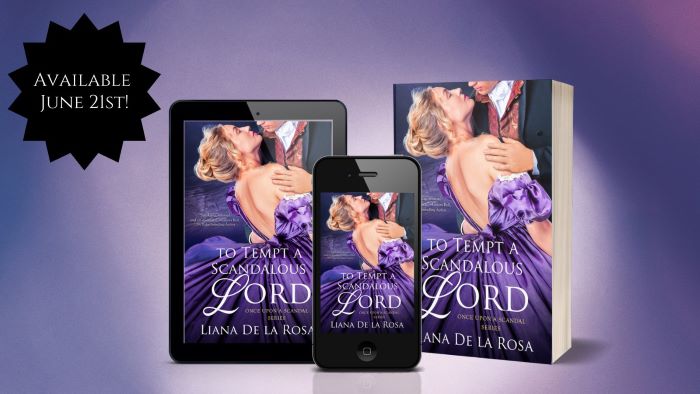