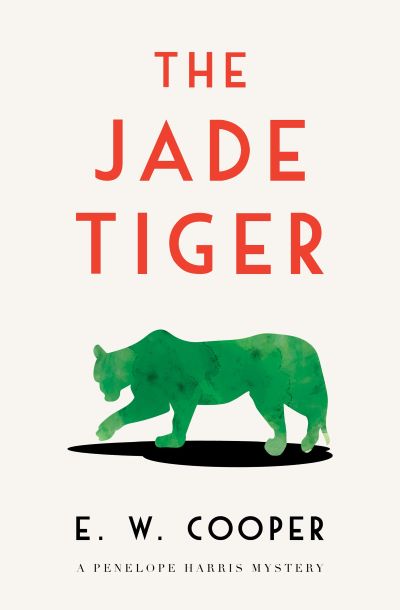 The Jade Tiger
by E.W. Cooper

NEW YORK, OCTOBER 1928. The Big Apple teems with the glitter of Bright Young Things, Prohibition, and scofflaws-the perfect place for Penelope Harris to start her life over. As a former opera singer turned Shanghai nightclub owner, she’s seen and done a lot, maybe too much. With any luck, she’ll leave more than The Jade Tiger casino behind her-a murdered husband, a blackmailing torch singer, and Thom Lund, the ex-cop who stole her heart. But Penelope has never had that kind of luck; her past is already waiting for her in New York.

When someone murders her chiseling blackmailer at an out-of-control party and Thom is accused of the crime, Penelope must face down her darkest memories to prove his innocence. Is the murderer her cousin Charles, suckered into a hasty marriage by Penelope’s blackmailer? Or is it Penelope’s over-protective mother, who can’t remember a thing after a blow to the head? Or was it Thom after all, ready to commit murder to save Penelope from the blackmailer’s wicked plans?

Among the opulent mansions of the obscenely wealthy and the grit of a Hell’s Kitchen speakeasy, Penelope and Thom must navigate double-crosses, bad liquor, bootleggers, and dark, obsessive love to find the murderer before the past reaches out to put a noose around both their necks. 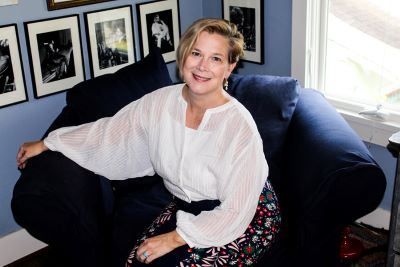 A lifelong fan of mysteries of all kinds, but especially those from the Golden Age of Mystery, it made sense that the first book Elizabeth published would be a historical mystery set in the early twentieth century. Using her background in historical research the characters took shape – a soprano, a Danish former policeman, and an illicit Shanghai nightclub in the French Concession.

As one might expect of an author whose main character dreams of singing opera, Elizabeth does her best writing while listening to the Metropolitan Opera’s weekly live broadcast. Hard at work on the next book in the series, E assures her readers that more opera, society scandal, illegal liquor, and murder lie ahead. Her first novel The Jade Tiger will publish in October 2020.