This is the lost story of Lord Ankhwenefer, known to the Greeks as Chaonnophris the Rebel, the last native Egyptian Pharaoh. The brilliance and heartache of his rebellion weave a tale that history has forgotten.

In the year 205 B.C., after centuries of Persian and Macedonian occupation, a rebel king rises from the south to take ancient Egypt back unto native hands. He will battle the Ptolemy line for twenty years, and rule almost eighty percent of Egypt, yet in the end, history will never mention his name.

Born Prince Ankhmakis, the last in a line of native Egyptian kings, he is raised with one purpose—to help his father reclaim Egypt from the Macedonian occupiers and return their country to dynastic greatness. Fate, however, has its own plans. For lies and deceit live in the hearts of all involved, from his family to the priesthood, and the Greeks aren’t the only ones who seek to destroy him.

Natasa is in training to become the High Priestess of the temple of Isis. Her task is to strengthen the royal family with the magic of the goddess through love and pleasure. She never thought the connection between her and Ankhmakis could be so strong, or carry a power coveted by those lurking in the shadows. Nor did she know that the child they would create would have her own great destiny to fulfill.

Together, Ankhmakis and Natasa must defend the potential of their love from those who would seek to use it for their own gain. Theirs is a world of magic, power, riches, and lust, and there are those within the court who would do anything to keep Ankhmakis and Natasa apart. Between mystical forces, murder, and illicit schemes–only the gods know if they’ll survive.

“ORIGINS is an enthralling, cinematic tale set in Ancient Egypt, seeping with magic, intrigue, treachery, and romance. I was hooked from the beginning and holding my breath until the very last page.” — Stephanie Diaz, author of the Extraction Series

“Nicole Sallak Anderson’s detailed research of costumes, history, and rituals illuminate a long-vanished culture and makes it interesting and she has skillfully breathed life into mere hieroglyphs turning them into vibrant people whose lives are filled with love, jealousy, intrigue, and ambition. A must-read for anyone fascinated by Egyptology or who just wants to read a great story.” — Nancy Lynn Jarvis, author of the Regan McHenry Real Estate Mysteries series and the PIP Inc. series. 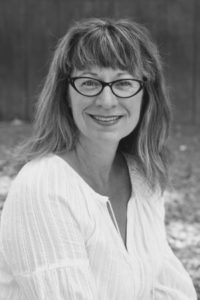 Nicole Sallak Anderson is a Computer Science graduate from Purdue University, and former CTO for a small Silicon Valley startup, turned novelist and blogger, focusing on the intersection of technology and consciousness. She currently lives in the beautiful Santa Cruz Mountains in California with her husband, where she raises goats and bees. She enjoys spinning, knitting, playing the bass, and dancing, particularly the tango.