Ahmet Yorulmaz on Blog Tour for Children of War, June 9-30 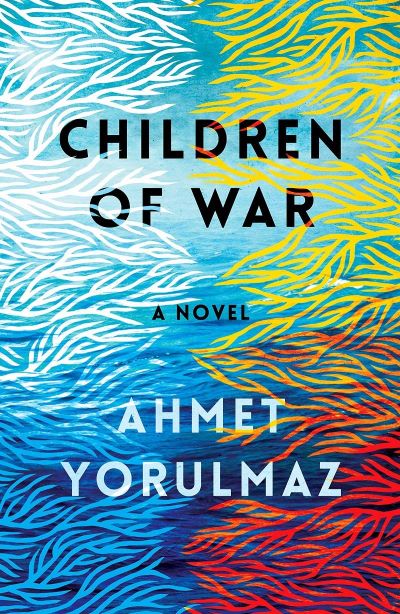 Children of War
by Ahmet Yorulmaz

Hassanakis is a young Muslim boy of Turkish descent growing up on Crete during WWI. Fifteen generations of his family have lived on the island and until now he has never had any reason not to think he is a Cretan. But with the Great Powers tussling over the collapsing Ottoman Empire and the island’s Christians in rebellion, an outbreak of ethnic violence forces his family to flee to the Cretan City of Chania. He begins to lay down roots and his snappy dress earns him the nickname of Hassan ‘the mirror’. As WWI draws to a close and the Turkish War of Independence rages, he begins a heady romance with the elegant Hüsniye. There are rumors that the Cretan Muslims will be sent to Turkey but Hassanakis can’t believe he will be sent to a country whose language he barely knows and where he knows no-one.

This powerful novel drawn from the diary of a refugee family evokes the beauty, complexity and trauma of Crete’s past and weaves it into a moving tale of an ordinary man living through extraordinary times.

About the Author & Translator

Ahmet Yorulmaz was a Turkish a journalist, author and translator. He was born in Ayvalik to a family of Cretan Turks deported to mainland Turkey as part of the Greek/Turkish population exchange decreed in the Treaty of Lausanne. He was fluent in modern Greek and translated novels and poems from contemporary Greek literature to Turkish. Most of his original works were written with the aim of making people learn about Ayvalık, the city where he grew up. He dedicated himself to Greek-Turkish friendship and rapprochement.

Paula Darwish is a freelance translator and professional musician. She read Turkish Language and Literature with Middle Eastern History at SOAS in London graduating with a First in 1997. In 2015, she was invited to attend the Cunda International Workshops for Translators of Turkish Literature, where she participated in a collaborative translation of the works of Behçet Necatigil. Her submission from the novel Savaşın Çocukları by the late Ahmet Yorulmaz won a prize in the 2015 PEN Samples Translation Pitch competition. In 2017, her translation of the short story Uzun Kışın Suçlusu by Demet Şahin was part of the 10th Istanbul International Poetry and Literature Festival. She has also translated some notable non-fiction works, including a bilingual catalogue of the buildings of the famous Ottoman architect, Sinan. She is a qualified member (MITI) of the Institute of Translators and Interpreters.