The Saxon Spears
by James Calbraith

The old world is burning down
A hero will rise from its ASH.

Thirty years have passed since Britannia voted to throw off the Roman yoke. Now, the old world crumbles.

Pirates roam the seas, bandits threaten the highways, and barbarian refugees land at Britannia’s shores, uninvited. The rich profit from the chaos, while the poor suffer. A new Dark Age is approaching – but all is not lost.

Ash is a Seaborn, a Saxon child found on the beach with nothing but a precious stone at his neck and a memory of a distant war from which his people have fled. Raised on the estate of a Briton nobleman, trained in warfare and ancient knowledge, he soon becomes embroiled in the machinations and intrigues at the court of Wortigern, the Dux of Londinium, a struggle that is about to determine the future of all Britannia.

A child of Saxon blood, an heir to Roman family, his is a destiny like no other: to join the two races and forge a new world from the ruins of the old.

The Saxon Spears is the first volume of the Song of Ash saga, perfect for fans of Bernard Cornwell’s “The Last Kingdom” series, Simon Scarrow and Conn Iggulden.

“Fast paced and full of energy.” –Adrian Tchaikovsky, author of the Shadows of the Apt

“James Calbraith’s writing is reminiscent of a classic, epic fantasy -immersive, and detailed to the letter. The real-world cultures he draws from are incredibly well-researched and truthful, and yet well-balanced with the fantasy elements he sprinkles in between. An intriguing and impressive series.” –Ben Galley, author of the Emaneska Series

“This manuscript is full of highly crafted detail that will make readers shiver at times with fear and delight. (…) a familiar yet highly original fantasy that is a worthwhile read.”–Publisher’s Weekly

“Calbraith weaves a story that is wholly original while following the traditional fantasy tropes.” – eFiction Steampunk

“The detail and intricacy of the writing is impressive. With inclusion of races and histories, it almost reminds me of Tolkien – in Asia.” – YA Book Bridges review 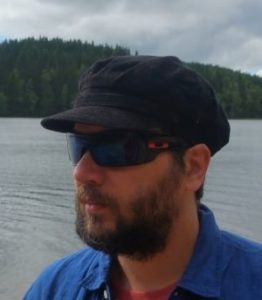 James Calbraith is a Poland-born British writer, foodie and traveller.

Growing up in communist Poland on a diet of powdered milk, Lord of the Rings and soviet science-fiction, he had his first story published at the ripe age of eight. After years of bouncing around Polish universities, he moved to London in 2007 and started writing in English. His debut historical fantasy novel, “The Shadow of Black Wings”, has reached ABNA semi-finals. It was published in July 2012 and hit the Historical Fantasy and Alternate History bestseller lists on Amazon US & UK.

Tuesday, February 25
Excerpt at Passages to the Past

During the Blog Tour, we are giving away a paperback copy of The Saxon Spears! To enter, please use the Gleam form below.

– Giveaway ends at 11:59 pm EST on March 6th. You must be 18 or older to enter.
– Paperback giveaway is open internationally.
– Only one entry per household.
– All giveaway entrants agree to be honest and not cheat the systems; any suspicion of fraud will be decided upon by blog/site owner and the sponsor, and entrants may be disqualified at our discretion.
– The winner has 48 hours to claim prize or a new winner is chosen. 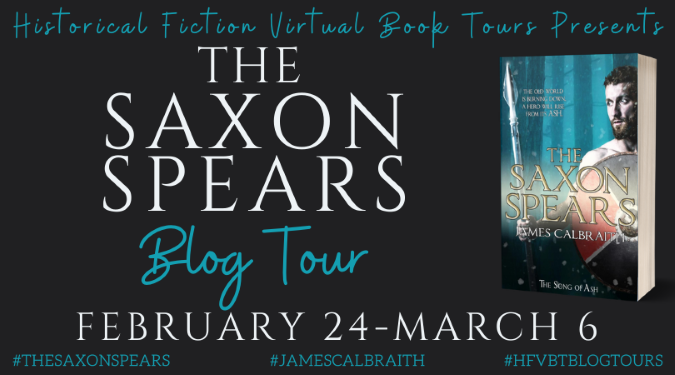