Michael Nava on Blog Tour for The City of Palaces, September 15-October 23 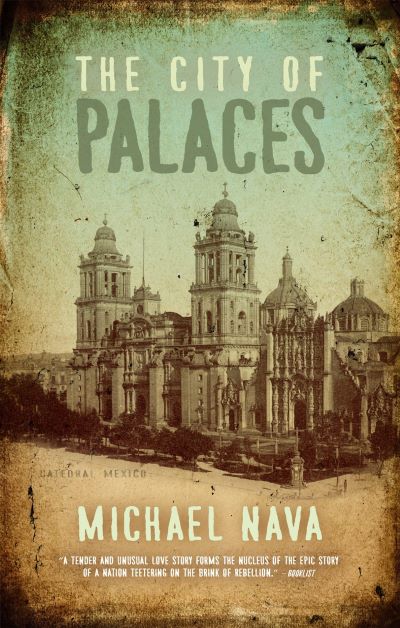 The City of Palaces
by Michael Nava

In the years before the Mexican Revolution, Mexico is ruled by a tiny elite that apes European culture, grows rich from foreign investment, and prizes racial purity. The vast majority of Mexicans, who are native or of mixed native and Spanish blood, are politically powerless and slowly starving to death. Presiding over this corrupt system is Don Porfirio Díaz, the ruthless and inscrutable president of the Republic.

Against this backdrop, The City of Palaces opens in a Mexico City jail with the meeting of Miguel Sarmiento and Alicia Gavilán. Miguel is a principled young doctor, only recently returned from Europe but wracked by guilt for a crime he committed as a medical student ten years earlier. Alicia is the spinster daughter of an aristocratic family. Disfigured by smallpox, she has devoted herself to working with the city’s destitute. This unlikely pair―he a scientist and atheist and she a committed Christian―will marry. Through their eyes and the eyes of their young son, José, readers follow the collapse of the old order and its bloody aftermath.

The City of Palaces is a sweeping novel of interwoven lives: Miguel and Alicia; José, a boy as beautiful and lonely as a child in a fairy tale; the idealistic Francisco Madero, who overthrows Díaz but is nevertheless destroyed by the tyrant’s political system; and Miguel’s cousin Luis, shunned as a “sodomite.” A glittering mosaic of the colonial past and the wealth of the modern age, The City of Palaces is a story of faith and reason, cathedrals and hovels, barefoot street vendors and frock-coated businessmen, grand opera and silent film, presidents and peasants, the living and the dead.

Awards and Honors for The City of Palaces

Praise for The City of Palaces

“The characters are so real and the story so compelling.” ―OutSmart

“This tender and unusual love story of two wounded souls caught up in the swelling tide of profound social, political, and cultural changes forms the nucleus of the epic story of an entire nation teetering on the brink of rebellion.” ―Booklist

“A magnificent epic about family, politics, art, revolution, and hope. This is a masterly work of old-fashioned storytelling, rich and spacious and moving, a novel that deserves to be compared to The Leopard, Love in the Time of Cholera, and Doctor Zhivago, but with its own intimacy and grandeur. I fell in love with these people and did not want to say goodbye to them.” ―Christopher Bram, author of Exiles in America

“An extraordinary portrait of one of the most critical periods in Mexico’s history. Nava breathes life into the stories of political, cultural, and social revolutionaries as they navigate change in their country and within themselves. This is a breakthrough novel.” ―Rigoberto González, winner of the 2020 PEN/Voelcker Award

“So compelling is Nava’s writing and storytelling that the reader yearns for more. . . . It’s enjoyable to relish the rich lyrical texture and substance of this new novel, and revel in its many special qualities.” ―Somos en Escrito

“The huge achievement of The City of Palaces―aside from its portrayal of the history and grandeur of Mexico and Mexico City, aside from a story of great beauty and profound humanity―is its powerful integration of a central historical event on our continent into our American consciousness. The City of Palaces is, indeed, a masterwork.” ―Lambda Literary

“From the extraordinary first sentence, I was caught up in the confident and visionary storytelling of Michael Nava’s The City of Palaces. Nava guides us with a remarkably sure hand into this fevered dream of love and history. He has crafted a world as coherent, precise, and compelling as Gabriel García Márquez’s imaginary Macondo in One Hundred Years of Solitude and with the depth politics of the best US–Mexico border fiction that explores the liminal histories of our most wounded frontier.” ―Tim Miller, author of 1001 Beds 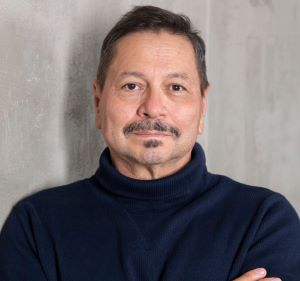 Michael Nava is the author of an acclaimed series of seven crime novels featuring gay, Mexican-American criminal defense lawyer Henry Rios. The Rios novels have won seven Lambda Literary awards and Nava was called by the New York Times, “one of our best.” In 2001, he was awarded the Publishing Triangle’s Bill Whitehead Lifetime Achievement Award in LGBT Literature. A native Californian and the grandson of Mexican immigrants, he divides his time between San Francisco and Palm Springs. You can learn more about him at www.michaelnavawriter.com. You can also follow him on Facebook, Twitter, and Goodreads.