HFVBT Presents S.R. Cronin’s She’s the One Who Thinks Too Much Book Blast, November 16-30

She’s the One Who Thinks Too Much
by S. R. Cronin

Do you know what your problem is?

Ryalgar knows hers. People have been telling this over-educated 13th-century woman for years. So when an equally intellectual prince decides he loves her, it looks like everyone was wrong and her dreams have come true.

Except, this prince is already betrothed to another. He’s leading the army training to defend their tiny realm against an expected Mongol invasion and he is considering sacrificing Ryalgar’s home nichna of Vinx by abandoning it’s rich farmlands to their foes.

Another woman would flee to safety. Maybe she would seek another lover. But not Ryalgar. Living in a world where witchcraft has been allowed to flourish and problematic powers remain, she devises her own strategy to keep the invaders from destroying her home.

This is just the sort of thing that happens when a woman thinks too much. 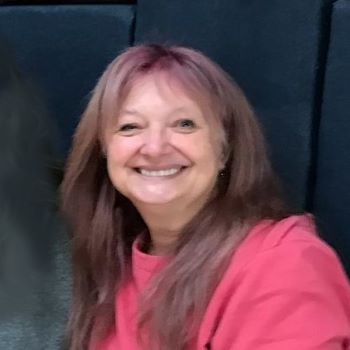 Sherrie Cronin is the author of a collection of six speculative fiction novels known as 46. Ascending and is now in the process of publishing a historical fantasy series called The War Stories of the Seven Troublesome Sisters. A quick look at the synopses of her books makes it obvious she is fascinated by people achieving the astonishing by developing abilities they barely knew they had.

She’s made a lot of stops along the way to writing these novels. She’s lived in seven cities, visited forty-six countries, and worked as a waitress, technical writer, and geophysicist. Now she answers a hot-line. Along the way, she’s lost several cats but acquired a husband who still loves her and three kids who’ve grown up just fine, both despite how odd she is.

All her life she has wanted to either tell these kinds of stories or be Chief Science Officer on the Starship Enterprise. She now lives and writes in the mountains of Western North Carolina, where she admits to occasionally checking her phone for a message from Captain Picard, just in case.

Tuesday, November 17
What Is That Book About

Wednesday, November 25
Passages to the Past

Saturday, November 28
Reading is My Remedy

The giveaway is open internationally and ends on November 30th. You must be 18 or older to enter.

She Who Thinks Too Much 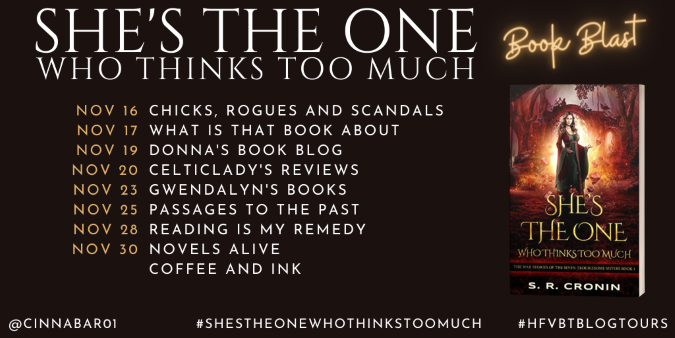