Autumn, a pen name, has worked as an educator for more than sixteen years. She teaches literature, writing, and the magic of words. She has a passion for history and a special affinity for the unsung courageous females that history has neglected. Or misunderstood. Autumn lives in Southern California with her husband and ever-growing family. She wishes she was one-tenth as brave as the women she writes about.

During the Blog Tour, we are giving away a copy of Confessions of a Sheba Queen! To enter, please use the Gleam form below.

– Giveaway ends at 11:59 pm EST on April 1st. You must be 18 or older to enter.
– Giveaway is open to the US only.
– Only one entry per household.
– All giveaway entrants agree to be honest and not cheat the systems; any suspicion of fraud will be decided upon by blog/site owner and the sponsor, and entrants may be disqualified at our discretion.
– The winner has 48 hours to claim prize or a new winner is chosen.

Confessions of a Sheba Queen 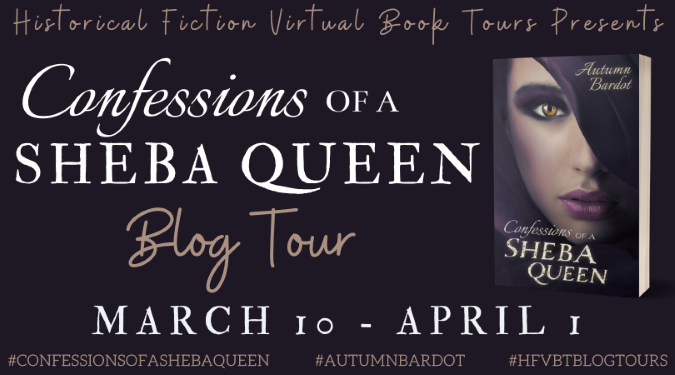