Alana White on tour for The Sign of the Weeping Virgin,
February 11 – 22

Please join Alana White as she tours the blogosphere with Historical Fiction Virtual Book Tours for The Sign of the Weeping Virgin from February 11 – 22. 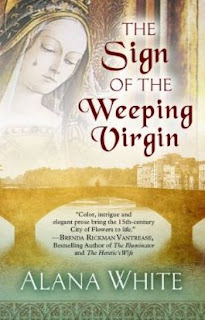 The year is 1480, and celebrated Florentine lawyer Guid’Antonio Vespucci and his nephew, Amerigo, return home to Italy from a government mission to find their dreams of peace shattered. Marauding Turks have abducted a beautiful young girl and sold her into slavery. Equally disturbing, a revered painting of the Virgin Mary is weeping in Guid’Antonio’s family church. Angry and fearful Florentines interpret these stunning events as signs of God’s wrath for their support of the city’s leader, Lorenzo de’ Medici, and Lorenzo’s refusal to end his war with the Pope.

Faced with losing control of the city, Lorenzo enlists Guid’Antonio, his friend and staunch political ally, to investigate the tears. In an evocative tale that brings the Italian Renaissance gloriously to life, following a seemingly unrelated trail of clues–a name whispered in the marketplace by a hooded monk, a secret message painted by Sandro Botticelli on the wall of the Vespucci family church–Guid’Antonio and Amerigo chase across Florence to the workshops of Leonardo da Vinci and Sandro Botticelli, to churches where frescoes seem to fly off the walls, from Florence to the village where the girl disappeared, and, finally, to the hilltop of Vinci itself.

In The Sign of the Weeping Virgin, a finely wrought story that will appeal to lovers of medieval and renaissance mysteries everywhere, Guid’Antonio uncovers the thought-provoking truth about the missing girl and the Virgin Mary’s mystifying–and miraculous?–tears, all pursued as he comes face to face with his own personal demons.

“A Florentine lawyer must solve a murder to keep his city from imploding. One hopes that White’s clever tale, meticulously researched and pleasingly written, is the first in a series that will bring Florence and its many famous denizens to life.” – STARRED Kirkus Review

“Fans of historical mysteries will thoroughly enjoy this chance to visit the Italy of 1480 in the company of real-life historical figure Guid’Antonio Vespucci, a Florence lawyer. Backed up by sure-handed storytelling and scrupulous research into the period, White creates richly evocative descriptions of Renaissance-era Florence certain to please the amateur historian and armchair tourist.” – Publishers Weekly Review 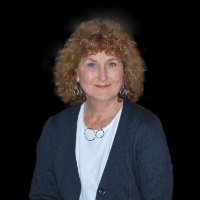 Alana White’s fascination with the Italian Renaissance led to her first short historical mystery fiction, then to a full-length novel, The Sign of the Weeping Virgin, forthcoming from Five Star Mysteries in December 2012. Set in Renaissance Florence, The Sign of the Weeping Virgin features lawyer Guid’Antonio Vespucci and his adventurous young nephew, Amerigo Vespucci, as they investigate crime in Renaissance Florence. Alana’s articles and book reviews appear regularly in Renaissance Magazine and the Historical Novels Review. In young adult+ books, she is the author of Come Next Spring, a novel set in 1940s Appalachia, and a biography, Sacagawea: Westward with Lewis and Clark. She is currently working on her second Guid’Antonio Vespucci mystery.

Friday, February 15
Review at The Novel Life
Review & Giveaway at Words and Peace

Monday, February 18
Review at Oh, for the Hook of a Book!
Feature & Giveaway at Passages to the Past

Tuesday, February 19
Interview & Giveaway at Oh, for the Hook of a Book!