Charlotte Whitney on Blog Tour for The Unveiling of Polly Forrest, May 9-June 10

The Unveiling of Polly Forrest
by Charlotte Whitney

When her new husband Sam perishes in a bizarre farm accident, would-be milliner Polly soon becomes the prime suspect in his murder. As she digs for evidence to clear her name, Polly falls into a sinister web implicating her in a nefarious crime ring being investigated by White House Police. Polly’s life and those of her family are at stake.

Narrated by Polly, her self-righteous older sister, Sarah, and Sarah’s well-meaning, but flawed husband Wesley, a Methodist minister, the story follows several twists through the landscape of the rural Midwest. During the throes of the Great Depression Polly marries for money. After her husband Sam dies in a freak farm accident, new bride Polly assumes she is financially set to pursue her dream of opening a hat-making business. Instead, she becomes the prime suspect in Sam’s murder. Secrets abound and even Polly’s family can’t figure out the truth.

“Charlotte Whitney delivers another exceptional historical fiction novel set in the farm country of Middle America during the Great Depression. Thoroughly researched and brilliantly written, The Unveiling of Polly Forrest is a riveting mystery that will keep you guessing with each chapter until the end.”
-Todd Holmes, PhD, Historian, Oral History Center, University of California, Berkeley

“As danger mounts, the veils of deception, deprivation, jealousy, and impulsivity finally lift, and Polly recognizes the power of family, generosity, community, genuine love, and an ethical way of life. Though set in the isolation of two small farms, this story encompasses the dilemmas, forgiveness, life lessons and resilience of a much larger world. An engaging read with lasting impact.”
-Barbara Stark-Nemon, author of Hard Cider and Even in Darkness

“Accident, suicide, or murder? After the death of a local man, the police, and readers, must watch for clues in this intriguing mystery set during the desperate times of the Great Depression. The Unveiling of Polly Forrest will leave you guessing until the last pages.”
-Janet Skeslien Charles, New York Times bestselling author of The Paris Library

“Full of unexpected twists, The Unveiling of Polly Forest, is a mystery that keeps the reader guessing. Whitney brings history to life with authentic details of depression era farm life, and characters who show their complicated humanity. A rich and satisfying read.”
-Rae Meadows, author of Motherland and I Will Send Rain

“A great book with wonderful characters and a plot filled with surprises that kept me guessing until the end. I was entirely absorbed in the Midwest depression era which was wonderfully depicted.”
-Olive Collins, bestselling author of historical fiction

The Unveiling of Polly Forrest is full of twists and turns. It kept me guessing from the first to the last!”
-Addison Armstrong, author of The Light of Luna Park and The War Librarian

“Charlotte Whitney’s new novel, The Unveiling of Polly Forrest, is an atmospheric mystery set in the rural Midwest during the Great Depression. Whitney does a masterful job immersing the reader inside the lives of family members dealing with a tragic death. Even better, she provides a shocking twist to the murder of Polly’s abusive husband, an ending no one will see coming.”
-Nicole Bokat, author of What Matters Most and The Happiness Thief

“As in her absorbing previous novel, Threads, Charlotte Whitney brilliantly evokes life on a small farm in Michigan during the Great Depression. When a death occurs, suspicions brew: Was it a convenient accident or brutal murder? I was swept away by this compulsively readable, suspensefully plotted page-turner.”
-Pat Roessle Materka, author of Twenty for Breakfast

“A vivid portrayal of the myriad challenges and dangers of life on a Michigan farm during the Depression for a family with a variety of secrets.”
-Ames Sheldon, author of Eleanor’s Wars

“A well-constructed novel built upon layers of secrets that keep the reader guessing.”
-Jerry Maples, author of The Divine Discovery

“Charlotte Whitney’s third novel has something for everyone. Suspense, historical content, strong relatable characters and a well told story that keeps you guessing.”
-Connie Wesala, author of The House on 4th Street, We’ll Find a Way, and A Far Away Star

“This vividly-crafted, pastoral coming-of-age drew me in from the turn of the first page. I remained spellbound watching young Polly spiral into a dark and tangled web of lies as she courageously battles for the truth while her self-worth and freedom hang in the balance.”
-Suzanne Simonetti, award-winning author of The Sound of Wings 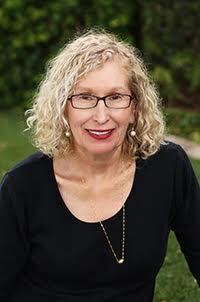 Charlotte Whitney is the author of historical fiction set in the rural Midwest during the Great Depression. Her most recent work, The Unveiling of Polly Forrest, a stand-alone historical mystery follows her groundbreaking novel, Threads A Depression-Era Tale, which was met with much critical acclaim. In addition, she has authored I Dream in White, a contemporary romance, and How to Win at Upwords, a nonfiction book about her favorite word game.

She received a master’s degree in English at the University of Michigan, and after a short stint of teaching at two community colleges, worked at the University of Michigan where she was an associate director of the Lloyd Scholars for Writing and the Arts. An avid reader, she loves libraries and book clubs. Currently living in Arizona with her husband and two dogs she enjoys hiking, bicycling, swimming, and yoga.