Heart of Cruelty
by Maybelle Wallis

Jane Verity’s dream of a romantic life in the theatre ends in the workhouse, where she is subjected to violent abuse.

When Coroner William Doughty rescues her on his way to an inquest on a young inmate who committed suicide, it alters the path of his life. Powerfully attracted to her, he employs her as his maidservant, to care for his ailing wife.

In his household, Jane discovers the truth about the inquest and pieces together the dark secrets of a powerful abuser. As Doughty struggles with his passion for her, she must convince him to act, even though exposing the truth will destroy his marriage and his career.

The twisting darkness of this story pervades a bittersweet romance and explores the risks of allowing desire to triumph over reason. 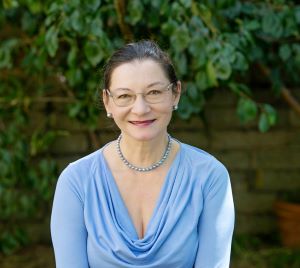 Maybelle Wallis has created many short stories, which are free to read on her website HistWriter.com, but her ambition has always been to write historical novels. She believes that men and women in other times were like us: dreaming the same dreams, committing the same sins, and falling in love with the wrong people. She is inspired by the 18th and 19th centuries, when science and reason started to shape the modern world, and enjoys the work of the greats of that era like Charlotte Brontë and Charles Dickens, as well as contemporary historical authors like Sara Waters, Essie Fox, Helen Dunmore and Laura Purcell.

Maybelle is a doctor who trained in London, England, and has worked in Coventry, Birmingham, Sandwell and, since 2017, in Wexford, Ireland. She began studying Creative Writing with the Open University in 2011. Ever since, she has developed her fiction writing by sharing critique: studying with Writers’ Workshop (now Jericho Writers), and joining a critique group of historical writers from an online course with the University of Iowa. She has written with the Telegraph Creative Writing Group, Birmingham NaNoWriMo, and Wexford Write Club.