Liza Nash Taylor on Blog Tour for In All Good Faith, September 13-October 1

In All Good Faith
by Liza Nash Taylor

In the summer of 1932, Americans are coming to realize that the financial crash of 1929 was only the beginning of hard times. May Marshall has returned from Paris to settle at her family home in rural Keswick, Virginia. She struggles to keep her family farm and market afloat through the economic downturn. May finds herself juggling her marriage with a tempting opportunity to revamp the family business to adapt to changing times.

In a cold-water West End Boston tenement the fractured Sykes family scrapes by on an itinerant mechanic’s wages and home sewing. Having recently lost her mother, sixteen-year-old Dorrit Sykes questions the religious doctrine she was raised in. Dorrit is reclusive, held back by the anxiety attacks that have plagued her since childhood. Attempting to understand what limits her, she seeks inspiration in Nancy Drew mysteries and finds solace at the Boston Public Library, writing fairy stories for children. The library holds answers to both Dorrit’s exploration of faith and her quest to understand and manage her anxiety.

When Dorrit accompanies her father to Washington, DC, in the summer of 1932 to camp out and march with twenty thousand veterans intending to petition President Hoover for early payment of war bonuses, she begins an odyssey that will both traumatize and strengthen her. Along the way she redefines her faith, learning both self-sufficiency and how to accept help.

Dorrit’s and May’s lives intersect, and their fates will intertwine in ways that neither could have imagined or expected. Set against a backdrop of true historical events, In All Good Faith tells a story of two women’s unlikely success during the Great Depression.

Praise for In All Good Faith

“In All Good Faith takes a poignant and heartwarming look at the Great Depression through the eyes of two women fighting for survival. Written with a delicacy that gives the reader a realistic glimpse of the hardships, it is also told with such beauty and soul that one can’t help but like it immensely. A story of friendship, struggle, family, and love, with a sweeping and vital historical backdrop, this book will have the reader eagerly awaiting the next story from Taylor.” –Camille Di Maio, bestselling author of The Memory of Us

“Liza Nash Taylor is a writer of immense talent. She gives life not only to her characters, but to an entire era of American culture. In All Good Faith is a towering achievement.” –Clint McCown, author of ten books and twice winner of the American Fiction Prize

“Liza Nash Taylor’s second novel, In All Good Faith, tells a compelling, insightful story of two women whose lives intertwine unexpectedly during the Great Depression…Taylor paints an evocative portrait of life during the Depression, capturing the national hopelessness as Americans of all classes struggled to support themselves and their families…In All Good Faith is both a quiet, unflinching account of daily privations during the Depression and also a story of women fighting to have their ideas taken seriously. Ultimately, though, despite tragedy and sorrow, it is an uplifting story of friendship and hope.” –Shelf Awareness

“In All Good Faith is a powerful novel infused with the perseverance and power of its women. Expertly exploring a little known piece of history, Liza Nash Taylor welcomes us into the lives of her characters in a dazzling display of prose and heart. While revealing the profound power of story and fairy tales to help navigate our lives, Taylor introduces us to two women whose lives will collide in ways they could never expect. Unforgettable, fascinating, and gripping, In All Good Faith is do-not-miss historical fiction.” –Patti Callahan Henry, New York Times bestselling author of Becoming Mrs. Lewis

“Liza Nash Taylor’s Depression-era novel, In All Good Faith is a beautifully written story about the power of perseverance and resiliency in the hardest of times. Meticulously researched with rich detail and strong female characters that you root for, I loved this story and know it will delight Taylor’s current fans and is sure to gain her many more.” –Jane Healey, bestselling author of The Beantown Girls and The Secret Stealers

“There are many paths to faith, and just a many which lead in the opposite direction. In All Good Faith, in a wonderfully rendered historical context, tracks a supremely recognizable human journey, transforming from the solitary to a story of two women earning tenaciousness and gratitude, and fending off the memory of heartbreak.” –Brian Leung, author of Ivy vs. Dogg and the forthcoming All I Should Not Tell

“An uplifting novel about the Depression! With their families never far from ruin, May Craig and Dorrit Sykes form a friendship that bolsters their resilience, ingenuity, and gumption. Liza Nash Taylor’s unforgettable novel captures two women both mired in and ahead of their time.” –Mary Kay Zuravleff, author of Man Alive!

“Filled with sweet surprises…This emotionally engaging novel is a timely reminder of Americans’ resilience in the face of adversity.” –Historical Novel Reviews

“A well-researched and deftly written historical fiction novel. The Bonus March is not often covered in historical fiction and Taylor brings to life the desperation of those veterans. Both May and Dorrit pop off the page and their dual narratives shine a light on the struggles women faced during the Great Depression. Highly recommended.” –Booklist (starred review) 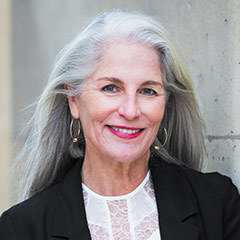 Liza Nash Taylor, the author of Etiquette for Runaways, was a 2018 Hawthornden International Fellow and received her MFA from Vermont College of Fine Arts. The 2016 winner of the San Miguel Writer’s Conference Fiction Prize, her work has appeared in Microchondria II, Gargoyle Magazine, and Deep South, amongst others. A native Virginian, she lives in Keswick with her husband and dogs.