Blog Tour: In the Shadow of The Apennines by Kimberly Sullivan

In the Shadow of The Apennines
by Kimberly Sullivan

An American divorcée. An Italian shepherdess.
Separated by a century, united by common dreams.

The sleepy little Abruzzo mountain town of Marsicano seems about as far as Samantha can flee from her failed marriage and disastrous university career. Eager for a fresh start, Samantha begins to set down roots in her Italian mountain hideaway.

At first, the mountain retreat appears idyllic, but an outsider’s clumsy attempts at breaking into the closed mountain community are quickly thwarted when the residents discover Samantha’s snarky blog ridiculing the town and its inhabitants.

Increasingly isolated in her mountain cottage, Samantha discovers the letters and diaries of Elena, a past tenant and a survivor of the 1915 Pescina earthquake. Despite the century that separates the two women, Samantha feels increasingly drawn into Elena’s life, and discovers startling parallels with her own.

“A poignant and hopeful story of one woman’s search for herself.”-Kirkus Reviews

“An emotionally nuanced thrill ride. Sullivan’s expert prose allows a deeper look at her protagonists’ feelings, fears, and vulnerabilities. The novel succeeds as both a contemporary fiction and a thoughtfully told story of a heartbroken woman trying to come to terms with the new circumstances of her life. A tale of heartbreak, grief, courage, and self-realization that will resonate with many.” -The Prairies Review

“A compelling literary work. Sullivan’s novel is romantic in the way only foreign travel can be, with the prose beautifully describing the sights and sounds of Italy, as well as unveiling the captivating story of two women’s seemingly disparate lives woven together across time.” -Self-Publishing Review

“From the start, Sullivan’s remarkable storytelling drew me in and had me hooked to the end. The story is filled with delightful descriptions of Italian culture, the breathtaking Apennine Mountains, and details about the hardworking, courageous people who have called Abruzzo home for centuries. This is an unforgettable story about hope, finding the strength to face the past, and embracing new beginnings.” -Readers’ Favorite 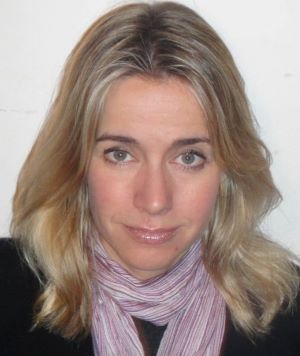 Kimberly grew up in the suburbs of Boston and in Saratoga Springs, New York, although she now calls the Harlem neighborhood of New York City home when she’s back in the US. She studied political science and history at Cornell University and earned her MBA, with a concentration in strategy and marketing, from Bocconi University in Milan.

Afflicted with a severe case of Wanderlust, she worked in journalism and government in the US, Czech Republic and Austria, before settling down in Rome, where she works in international development, and writes fiction any chance she gets.

She is a member of the Women’s Fiction Writers Association (WFWA) and The Historical Novel Society and has published several short stories and two novels: Three Coins and Dark Blue Waves.

After years spent living in Italy with her Italian husband and sons, she’s fluent in speaking with her hands, and she loves setting her stories in her beautiful, adoptive country.