Georgiana Linfield is a lady biologist who is determined to travel the world. Upon arriving in London for the Season, she decides the best way to fulfil her dreams is to find an amenable husband to indulge her every whim. Refusing to give up her interest in natural history for a dull domestic life, she sets out to forge a different path for herself.

When her father’s elderly cousin asks her to set his natural history collection in order, she accepts his request with joy. However, the task brings her into almost daily contact with his godson, Sir Giles Tavistock, a renowned entomologist, who regards her with some suspicion. When Sir Giles discovers her skills as a scientific illustrator, he asks her to sketch his South American butterfly collection, and they forge an uneasy truce.

Their tenuous connection is shattered, however, when Sir Giles believes a rumour casting Georgiana in a far from flattering light. Vowing to have nothing more to do with him, she keeps him at a distance. But when the baronet’s butterflies attract unwanted attention, a series of events unravel that make Georgiana wonder if the famous collector might have done the impossible and captured her heart. 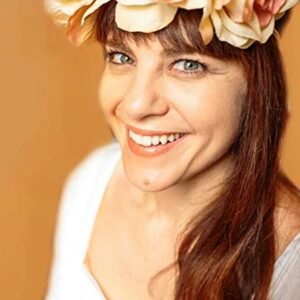 Alissa Baxter wrote her first Regency romance during her long university holidays. After travelling the world, she settled down to write her second Regency novel, which was inspired by her time living on a country estate in England. Alissa then published two chick lit novels, The Truth About Clicking Send and Receive (previously published as Send and Receive) and The Truth About Cats and Bees (previously published as The Blog Affair).

Many years later, Alissa returned to her favourite period with her Linfield Ladies Series, a trio of Regency romances that feature women in trend-setting roles who fall in love with men who embrace their trailblazing ways…at least eventually. Alissa currently lives in Johannesburg with her husband and two sons. She is a member of The Beau Monde – Regency Fiction Writers.